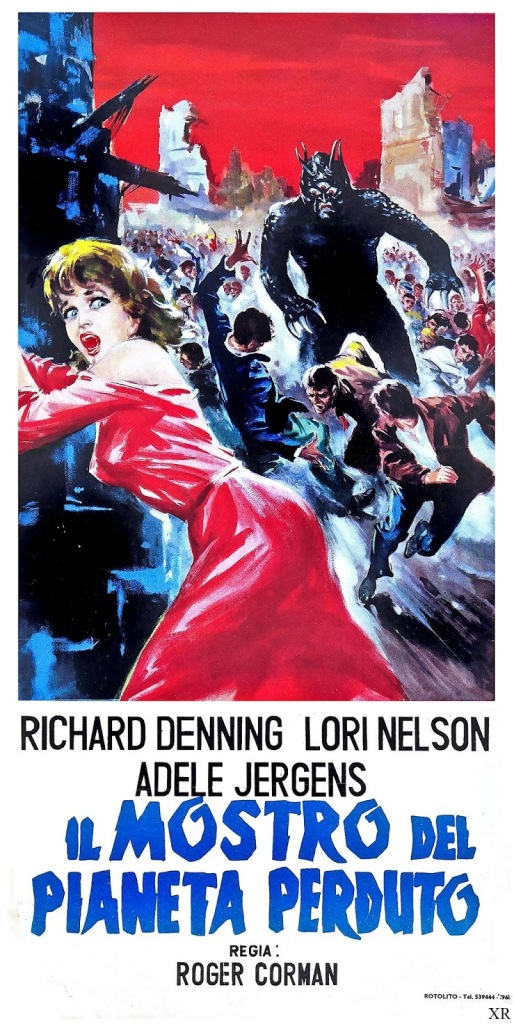 As we roll into October, the threat of Halloween is here! Maybe a hockey-masked killer will visit or even the Boogeyman. Until then, I’d like to spotlight a great sci-fi film from the greatest era of said films (1950s-1960s). I mean, listen, you can never go wrong with an atomic disaster movie. The genre is full of great flicks from this era, and rightly so. It was a hot button topic back then (still is), and in its infancy. There was a lot of paranoia, and rightly so as it was a scary invention.

The most familiar face in this film is action/horror/sci-fi star, Richard Denning (Creature from the Black Lagoon). He was a stalwart of the film industry back in those days, and was your a-typical “macho man” of the films he was in. The rest of the cast is quirky in this one, and so was the entire film to be honest, but hey, isn’t that to be expected from Roger Corman?!? Alright, here we go…

The film begins with a narrator (Chet Huntley) explaining that a nuclear holocaust has decimated the planet, and only a few pockets of people have survived. One of these people is Rick (no, not Grimes…Richard Denning!), and he spots a man who’s injured and suffering from radiation burns. He grabs the guy and throws him over his shoulder, caveman style. He heads for the nearest house he sees, but he’s behind a couple that are bolting for the same door. These two, Tony (Mike Connors) and Ruby (Adele Jergens) are very odd in the fact that they look like gangsters (Bonnie and Clyde?) from the 1920’s. Inside the home is a father, Jim Maddison (Paul Birch), and his daughter, Louise (Lori Nelson). They’re a couple of bumpkins that just want to be left alone. Ruby and Tony come knocking at the door, but Jim wont let them in at first. Tony then begins to shoot at the door, so Jim relents and lets them inside.

Soon after, Rick shows up, and now the house is packed with unwanted guests. Jim tells his daughter that he didn’t want to take on any other survivors because he only has provisions for them. Now those provisions will be split four different ways. OK, make it five different ways after some old man and a jackass show up. The old-timer seems to be interested in nothing except the animal and making moonshine. Tensions are high for obvious reasons , but you also have everyone on edge even more because of Tony and his big mouth. Jim has his own gun and tells all the house guests to change their clothes and wash up because they might be contaminated. 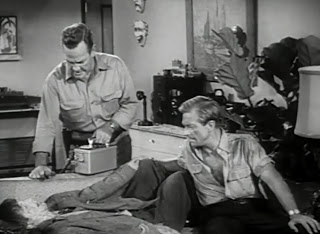 Right away, Rick and Tony butt heads. Rick gives Tony a whooping after they argue, and Tony vows revenge. A few weeks pass, and the guy that Rick brought into the house is exhibiting some strange symptoms from radiation poisoning. His face is starting to mutate, but into what, no one knows. He sneaks out every night to hunt for “meat” as he puts it. Rick is worried, and Jim thinks they should off him. The two women go swimming to relax for a while. Louise gets the creeps when she sees someone and believes she hears the person call her name. Ruby doesn’t see anybody but gets creeped out too, so they quickly leave.

A few weeks later, and tensions are at an all time high, especially between Rick and Tony. Jim is on edge as well, because he knows it’s only a matter of time before they run out of food. Tony begins to hit on Louise, but Rick takes the exception to that because he and Louise have become an “item.” Rick and Tony get into another brawl, and Ruby tries to console Tony. He brushes her off, and we begin to see that he really doesn’t even care for her. He’s all about himself, and this will be a recurring theme throughout the film. Rick and Jim try to keep tabs on the irradiated man, but most nights they can’t keep up with him because he travels into an area that’s still full of radioactive activity. We (the viewers) do see him though, and one  night he gets surprised by a monstrosity near a wooded area, and he flees in fear for his life.

Will the monster get to the survivors? Will Tony and Rick kill each other first? Will Louise be able to repopulate the Earth? Watch and get some of the answers! 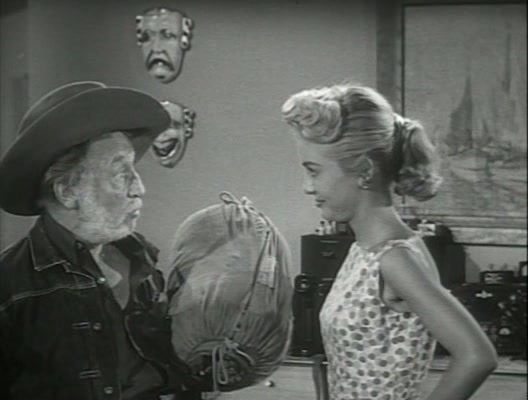 This is one wacky film. I love the post-nuke world movies because not only do they represent something that at any time could be reality, but also they give you so many options. Zombies, freaks, giant monsters, etc. This film really tries to utilize the build up of tension. Some of the acting is hammy and even borders on the ridiculous, BUT, don’t sleep on this one. Richard Denning is still cool as a cucumber here and there are a couple of deaths were a little crazy as well.

One slight disappointment was the fact that the monster doesn’t really show up until very late in the film. The fact that it’s very cheesy doesn’t bother me one bit though. The sets were bland, as were most in this era. They just weren’t a big focus the majority of the time, as films relied on gimmicks, or atmosphere, or star power. You certainly had that with Denning, especially after his performance in Creature from the Black Lagoon. This picture obviously doesn’t have Richard Carlson or Julie Adams, but Denning, Nelson, and Jergens (image below) provided depth and sex appeal for sure! 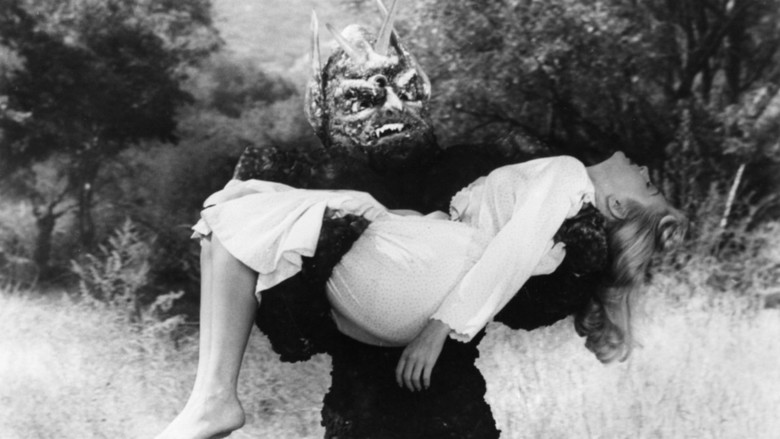 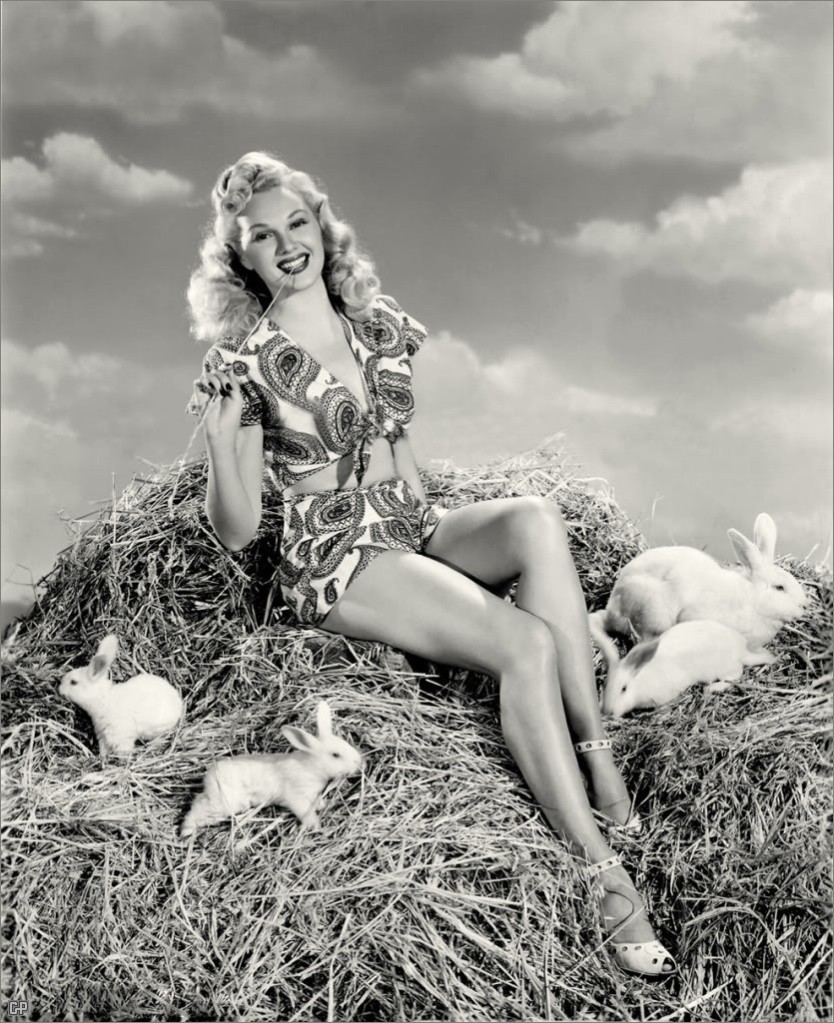