In trying to focus on more mags from the Bronze Age, I thought it was time Dracula made an appearance! The Count has a long history in Marvel Comics, and although the black and white mags are awesome, nothing compares to the Tomb of Dracula series that Marv Wolfman and Gene Colan worked on together. That said, don’t sell these stories short, because they have some fantastic creators on them! Speaking of which, inside the front cover, we see an incredible illustration by Bob Hall (first image after the cover)! It remains one of my all time favorite images of Dracula.

The meat of the book has some excellent work. The biggest part of the book is the adaptation of the Bram Stoker novel Dracula by Roy “The Boy” Thomas and Dick Giordano. It’s only one chapter but the pages are incredible. It was never finished in these format but both men finished it years later and it was reproduced in a trade/HC.

Another magnificent tale (part two) “Agents of Hell” is by Doug Moench and Tony DeZuniga. We see a young man trapped in the catacombs of a castle, and he must fight off the brides of Dracula, but even if he survives, can he defeat the greatest vampire that ever existed? That story is followed by “The Vampire of Mednegna.” This story shows a man named Arnold Paole, as he returns from a trip to Greece, but he has returned a very different man. Again, we get Doug Moench (writer) but the artwork was by Golden Age stalwart, Win Mortimer!

Finally we see a very graphic tale starring none other than Dracula’s daughter, Lilith! Within just a few short panels, she tears a rapist to pieces! This is a very different story though (not just blood and guts), and a must read because the author is none other than Steve “Baby” Gerber! The artwork is credited to three gentlemen that are names synonymous with the Bronze Age- Bob Brown, Frank Chiaramonte, and Pablo Marcos!

And let us not forget the cover that was painted by Steve Fabian! 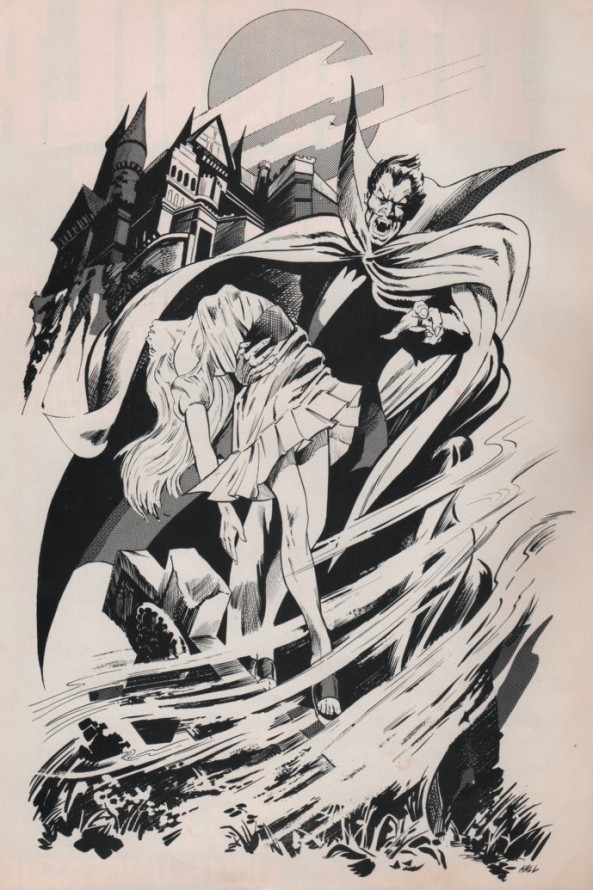 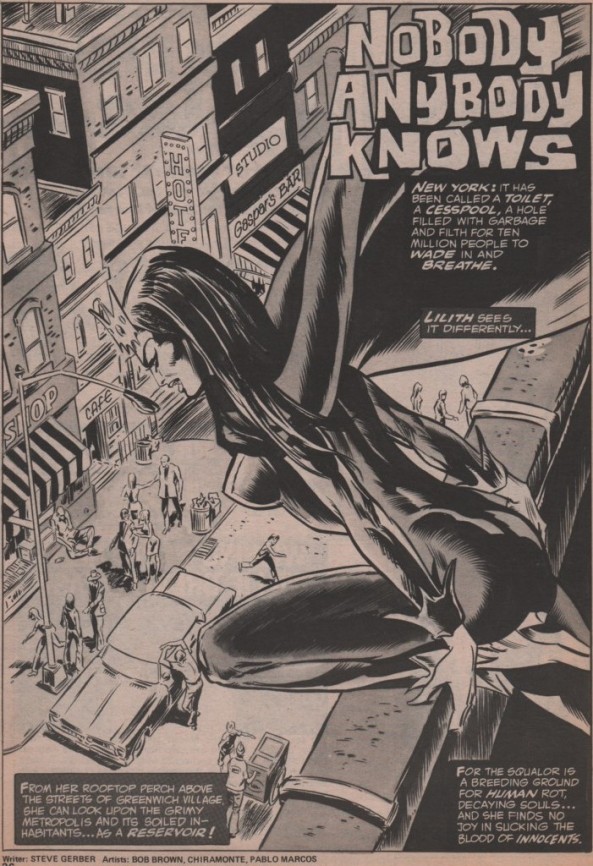