I know it’s heresy to say this being a big fan of Steve Gerber’s work, but I’m not really into Howard the Duck. That said, I do love horror stories, and most of them revolving around that character do fit into this genre. In this one for instance, we get to see Howard arrested, and in jail. The police are befuddled that a real duck is in their midst, and quite frankly have no idea what to do with him. The best part of the story lies with another character though, the Hellcow. Apparently, at a certain point in the life of Dracula, he swooped in and bit a cow. Normally, you don’t see animals come back as vampires but for some insane reason, this one does.

As I said above, Steve Gerber (writer) is nothing sort of fantastic. He can take the oddest of themes and turn them into gold. His work on The Defenders, Omega the Unknown, and several other books are all the proof that I need to prove that point. Another creator of this era that did incredible work, is artist, Frank Brunner (penciler). Even though he didn’t do a ton of work in comics, his impression on the industry is a lasting one, for sure. Tom Palmer (inks), Glynis Wein (colors), and Annette Kawecki (letters), finish off the creative team for this outstanding story! Of course, everyone knows of the fantastic work by Palmer, as he inked many books, and none more appreciated than his collaborations with Gene Colan in Tomb of Dracula! 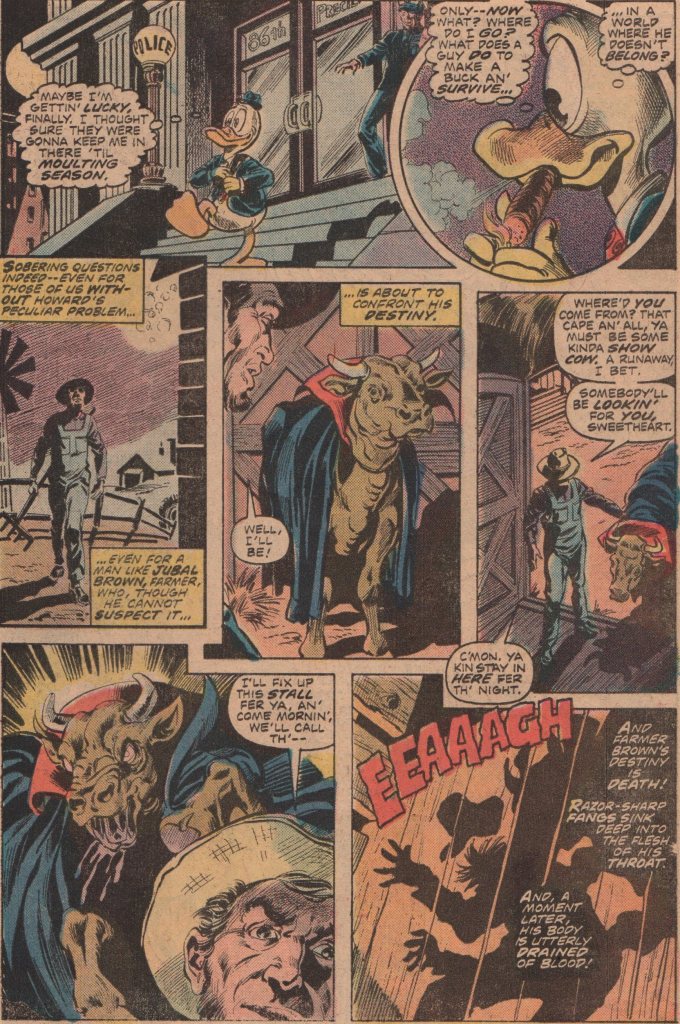 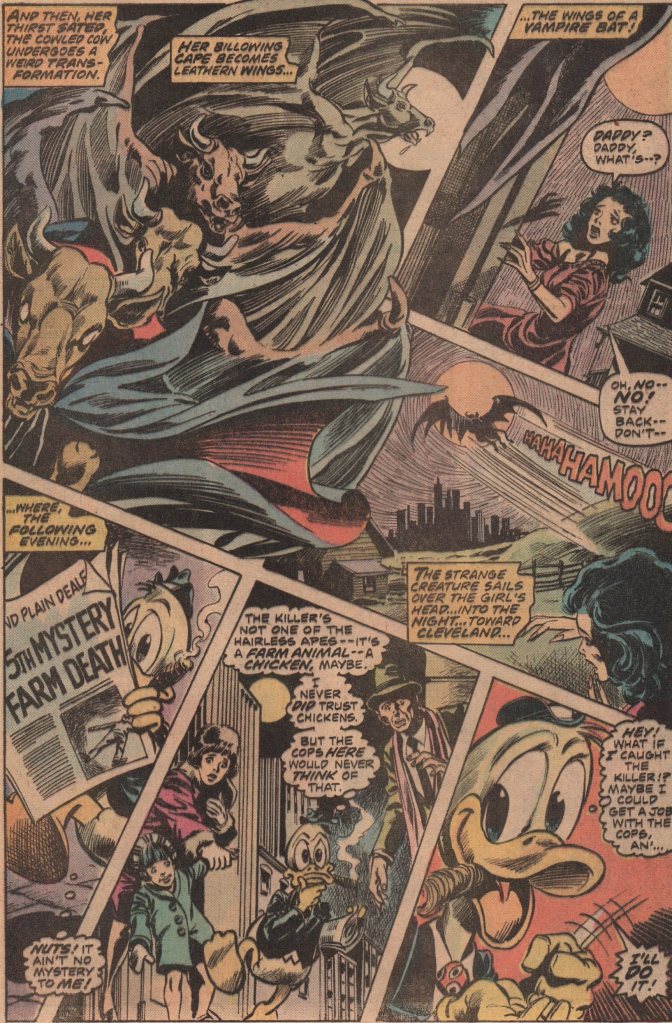