After spotlighting generic vampires, Morbius multiple times, and Dracula in a special issue and magazines, I thought it was well past time to dive into Marvel’s best horror comic of the decade (and all time), The Tomb of Dracula! Most probably know this villain from either the Universal film (starring Bela Lugosi), or the Hammer Studio films (starring the insanely menacing Christopher Lee as the count). The character has been embedded in our culture for a very long time (thanks to Bram Stoker). By the time the 1970s rolled around, and the comics code was loosened, it was high time for this horror giant to get his own series! This issue is a favorite of mine, as it features the first appearance of vampire detective Hannibal King, and my favorite panel of the series of all time (final image at the bottom).

Marv Wolfman (writer) has gone on record saying he really had no interest in writing this book, but as fortune would have it, he did anyway (starting with issue #7). He and artist Gene Colan (pencils) would work very close together on this title, and for seventy issues, they knocked it out of the park. Another reason the book succeeded was inker Tom Palmer. Colan has very intricate pencils, and quite a few inkers have had a tough time not drowning the pencils out, but Palmer was perfect for the job. Palmer also colored quite a few issues as well (including this one), and again you get a quality and consistency from a tight-knit team working hand in hand. The letters were provided by John Costanza. A lot of the covers were provided by the comic book giant, Gil Kane (Palmer on inks here as well). Kane’s incredible covers carried Marvel through most of the decade, and it just adds to his enormous breadth of work. 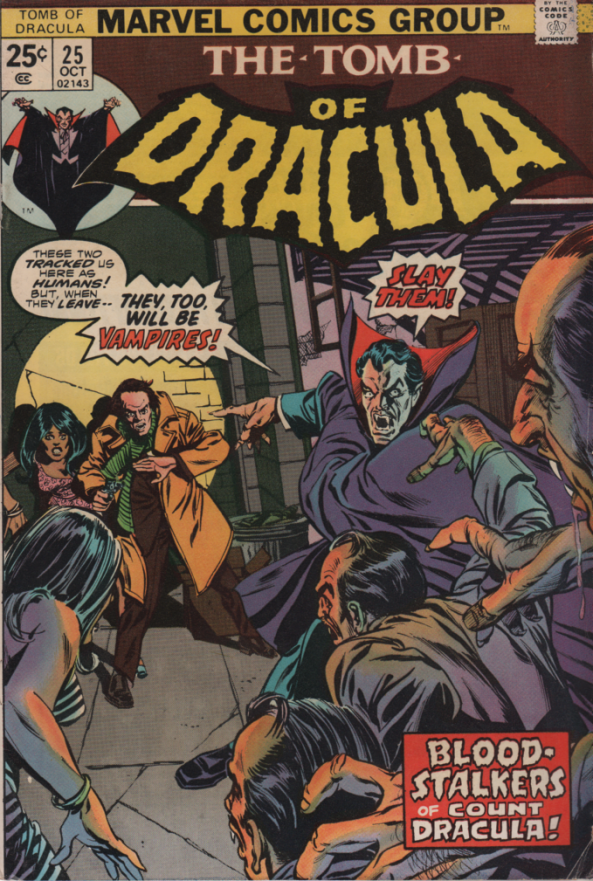 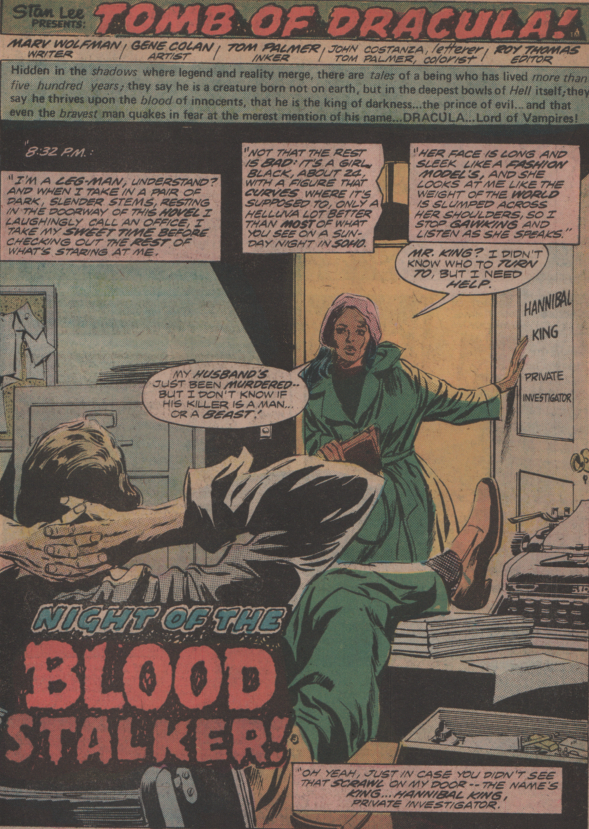 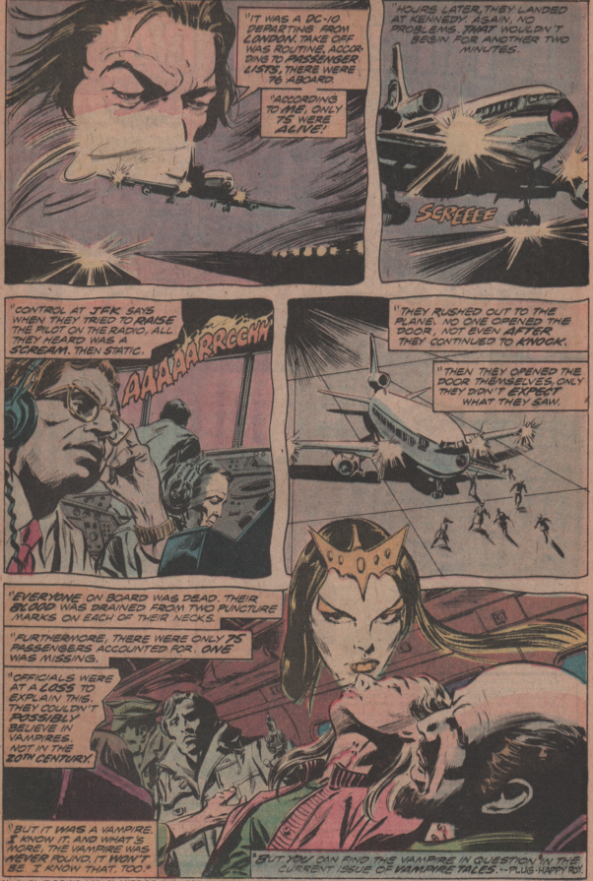 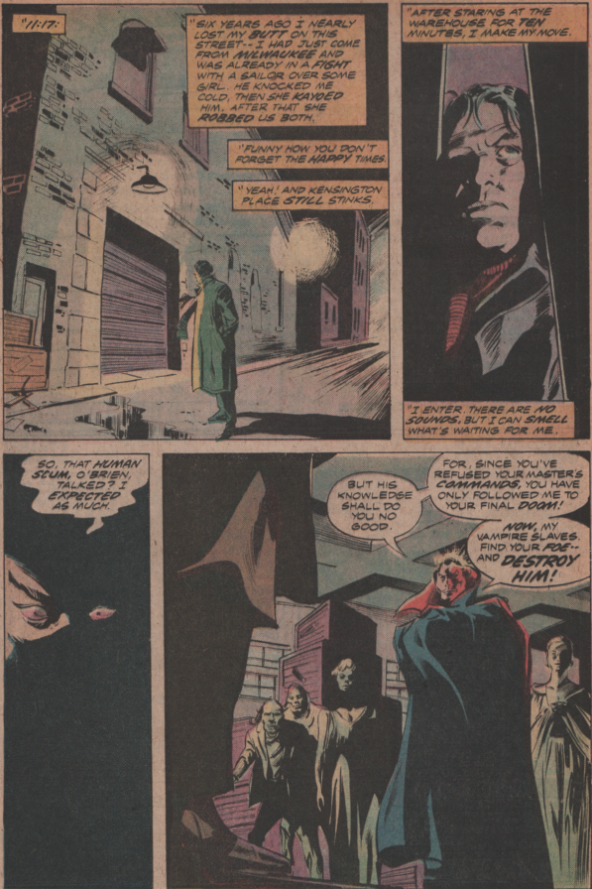 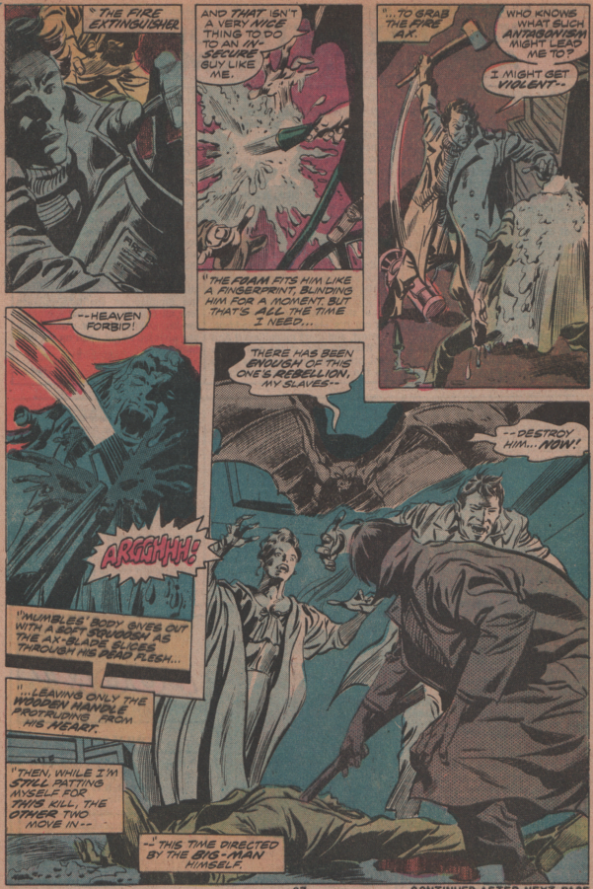 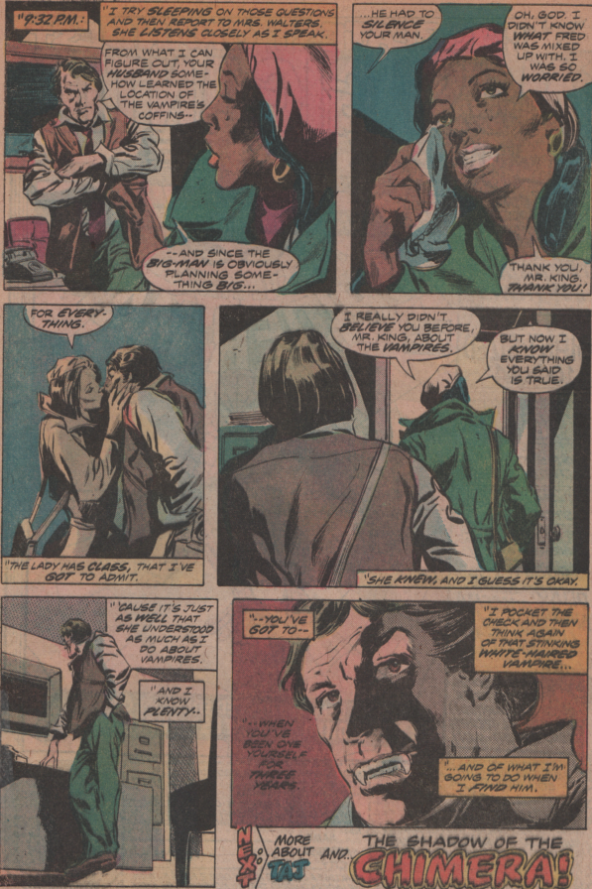 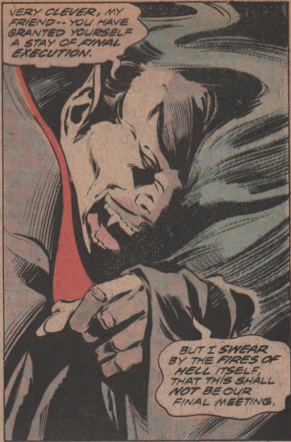