When Jack “King” Kirby returned to Marvel in the mid-1970s, not only did he spend time on an old favorite, Captain America, but he also created some new characters that were absolutely mind-blowing. One at the top of the list has to be Machine Man. An android created by a scientist, that in turn was killed trying to remove the auto-destruct mechanism from him. Machine Man was introduced in the pages of 2001: A Space Odyssey (issue 8, 1977). This was another Kirby vehicle that was initially based on the film (Stanley Kubrick) and novel (by Arthur C. Clarke). Kirby eventually took the book in his own direction though, and brought more of his Bronze Age bombast with it.

Kirby eventually left Marvel in 1978/1979 (after issue nine of this series), but the title did go on for a few more issues with Steve Ditko on art. It was interesting, but not the all out craziness and cool of Kirby (some of that was definitely the writing, too).  But we did get this awesomeness from the King for those first nine issues, and how glorious they are to behold! Written, edited, and penciled (cover as well, with possible inks by Mike Esposito) by Jack Kirby, inks and letters by Mike Royer, and colored by Petra Goldberg! 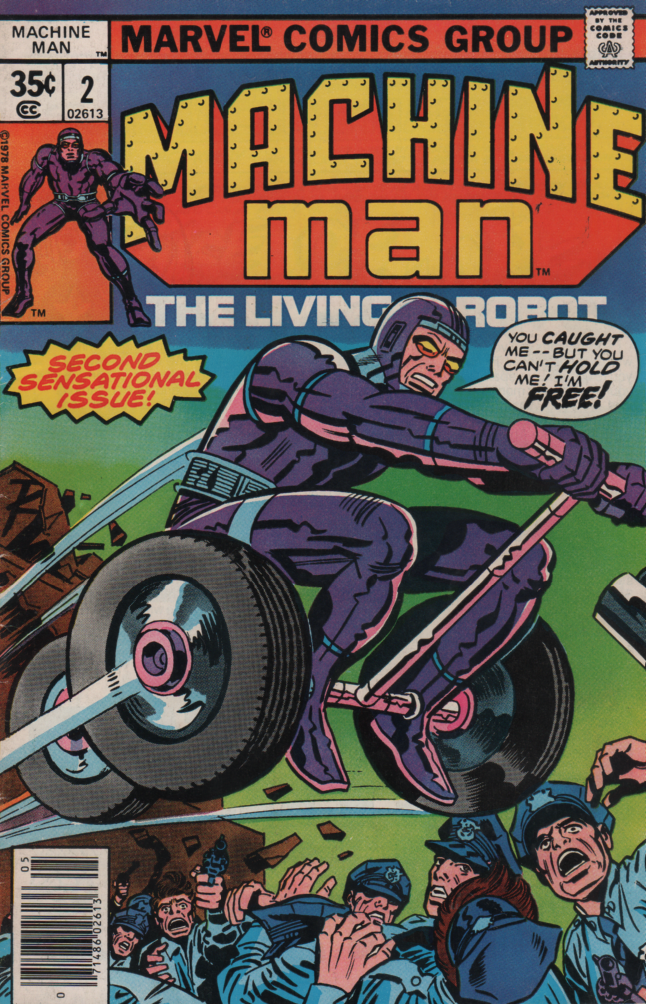 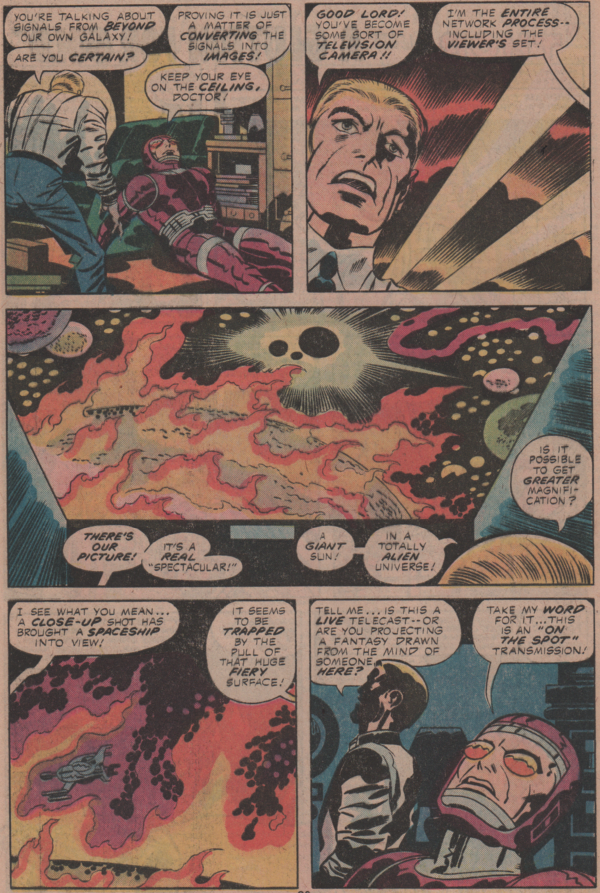