When I was a kid, I watched an episode of Jonny Quest, and it was super cool! There was a mad scientist that grew ordinary animals into behemoths! A crab, a spider, and a lizard, all grew to enormous size, and went crazy, killing on site. The lead story in this awesome book definitely has some similarities which makes me think the writers of that show were fans of comic books! A giant, mutated scorpion, a man who gets shrunken down to the size of a mouse (and subsequently terrorized by his own cat!), and an alien with a special chair! These three tales are perfect reading for the holiday or anytime!

The first two stories are just further proof that Jack “King” Kirby is a master of all genres. There’s nothing the man couldn’t do with a pencil. He did the penciling on the first two stories, with inks by Paul Reinman, and Dick Ayers, respectively (Ayers inked the cover over Kirby pencils as well). Both of those latter names were abundant during the Golden and Atom Ages (Silver Age as well), and rightly so, as they contributed heavily. The final story is by “Sturdy” Steve Ditko. His style fits perfectly for the story, and proves his mastery of weird, fantasy tales (plot/scripts credits to Stan Lee and possibly Larry Lieber as well)! 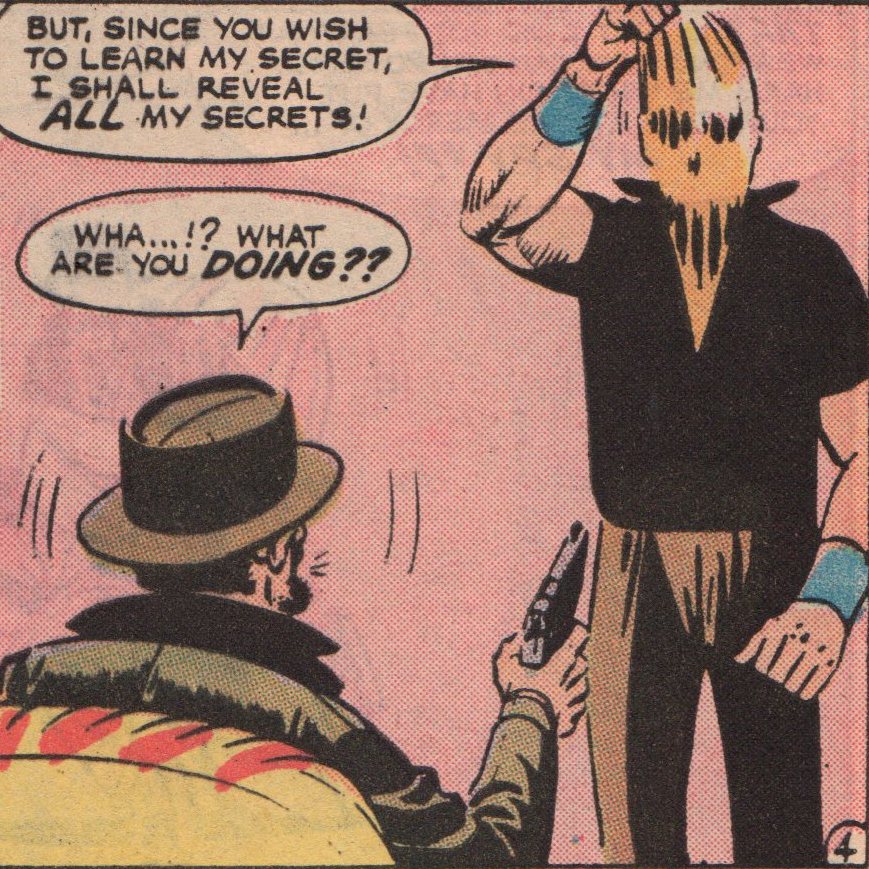